It has been nearly 6 years since Apple first open sourced the Swift language and brought it to Linux. In that time we’ve seen the rise (and sometimes fall) of server-side frameworks such as Zewo, Kitura, and Vapor as well as porting Swift to SBC devices such as the Raspberry Pi and Beaglebone.

I recently checked in with some folks in the Swift ARM community to find out if there was an easy way to install the latest version of Swift on Ubuntu. FutureJones pointed me to a Debian-based repository he’s been working on at Swiftlang.xyz. A nicely put together repo, Swiftlang.xyz supports multiple flavors of Debian and Ubuntu OSes as well as both x86 and ARM architectures! I’ve installed Swift 5.4 and the upcoming 5.6 release with great success.

Using https://swiftlang.xyz/public/ is a piece of cake with an installer script to configure your apt repository list automatically. arkansas below is an Ubuntu VM running on Apple Silicon with Parallels. 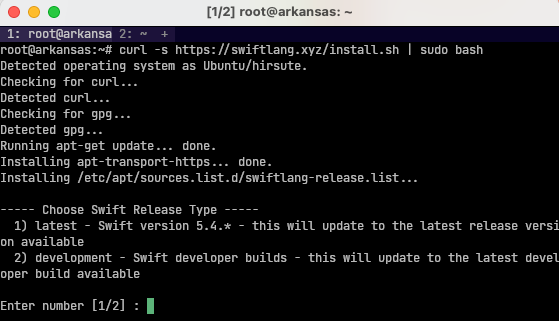 I want to use Swift 5.6 so I’ll select option 2 which will include the dev repository in my apt sources.

Now it’s time to install Swift through the provided swiftlang package. apt-get install swiftlang is all it takes. 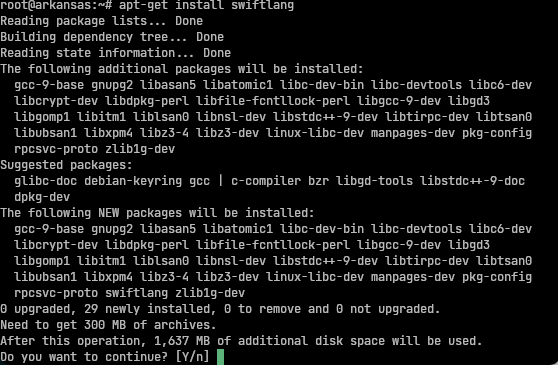 Once installed let’s kick the tires a bit. First, typing swift in the terminal will bring up the REPL:

To really test things out let’s hit a REST API and destructure the response. For this we’ll use ReqRes and just grab a user with GET https://reqres.in/api/users/2.

And now, some code! 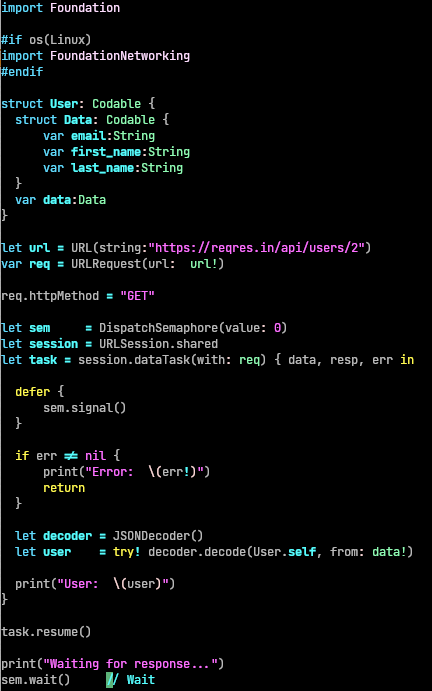 This is another post in a series designed to explore the range of applications that Swift can be applied to ...

I had to create a new category named Hacking for this post. The end result is a Raspberry Pi outfitted ...

A Tuple By Any Other Name

Apple’s new Swift language provides support for a common data structure known as the tuple. Unlike the venerable array and ...