I recently came across an issue with the NSThread implementation in open source Swift Foundation. I wouldn’t have ever found the issue if it hadn’t been for trying to run this code on a Raspberry Pi 3:

Our expectation here is that we will be creating and destroying a thread every second. Unfortunately, after approximately 230 threads the system resources had been exhausted and no more threads would actually start. In the end, as you can see from SR-1908, the solution was to initialize threads with system scope and a state of detached:

Philippe Hausler proposed the solution in SR-1908, and since I had a Raspberry Pi 3 to test it out on I took on the task of implementing and testing it.

If you read the Getting Started documentation for Open Source Foundation it’s pretty clear that you need to first build Swift, clang, and llvm. If I were working on a tricked out server with plenty of CPU and fast disk, I wouldn’t mind. On a Raspberry Pi 3 though, as much of an improvement it is over its older siblings, it is still a little slow. I could also look into cross-compiling Swift, but haven’t yet rustled up the time to figure that out (and if you’ve ever worked with cross-compile environments you know it takes a good amount of time to get set up).

What we need is the ability to take advantage of an existing build tree and compile Foundation by itself. It turns out you can, otherwise, we wouldn’t have a blog post on this now would we?

Here’s what you’re going to need to do this (regardless of whether you run this on an x86 server or an ARM computer like a BeagleBone or Raspberry Pi):

I’m looking to provide a “toolchain” of sorts with all of these already compiled, but for now you’ll have to build your own first. Then you will be able to build Foundation on its own.

Now, let’s look at how you use this to test something out on Foundation. Notice that we are cloning our own fork of swift-corelibs-foundation. This is important if you’re planning on issuing pull requests back into the upstream repository (i.e., Apple’s repository).

Note: I shouldn’t have to say this but somtimes you’d be surprised by what gets left in the comments. Your PREBUILT_ROOT is the location of your preexisting toolchain. Don’t expect to find anything on your system at /root/workspace/Swift-3.0-Pi3-ARM-Incremental!

Finally, /usr/bin/ninja runs our build. Once complete you should have a libFoundation.so shared library in your build/Foundation/ directory. To test it with an existing installation of Swift just copy libFoundation.so over to $YOUR_SWIFT_ROOT/usr/lib/swift/linux/libFoundation.so.

You can also run the Foundation test suite by adding a -DXCTEST_BUILD_DIR parameter to ./configure

Running the tests requires LD_LIBRARY_PATH to be supplied with two paths: one to the libXCTest.so shared library, as well as the path to the “library under test”. We accomplish this as follows, assuming that our libFoundation.so is in ./build/Foundation, which would it would be if we were following the steps above.

I need to stress here that to use this technique you do need a preexisting “build toolchain” that has a Swift, clang, and llvm. Moreover, the further time passes from when your toolchain was last built to when you try to build Foundation on its own, the higher the risk that your Foundation relies on language features that weren’t present when you built your toolchain. However, if you decide to embark on working with Foundation, build your full Swift toolchain first and save the build directory to employ the technique described above.

MQTT Last Will and Testament

This is another post in a series on writing MQTT clients using Swift on Linux. In this post we’ll look ... 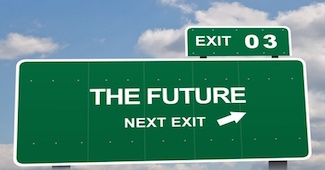 Hey! Interested in an apt-get repository for Swift 3.0? We’ve got packages for Xenial, Wily, and Trusty. Swift 3.0 is ...

A Morning with Swift Optionals

Swift optionals come off as a bit weird. There, we said it. Those familiar with Scala, F#, Haskell, or Rust ...